Common tech terms and abbreviations to cut through the technical jargon and expand acronyms. Understand what your IT department or Internet Service Provider is talking about – that’s ISP for short. 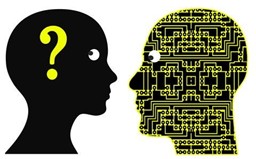 aDSL – Asymmetric Digital Subscriber Line. A data communications technology that uses copper based telephone lines for transmission. It’s a distance sensitive service, meaning your Internet speed will depend on your location from a central telephone exchange.

ARIN – American Registry For Internet Numbers. A non-profit organization which manages and controls the allocations of IP addresses in America and Canada.

ASP – Application Service Provider. A company that provides software applications to customers over the Internet.

Also known as Active Server Page. This is a page on a website that might contain scripts as well as standard HTML.

ASP.NET – A set of website development tools built and offered by Microsoft. Built with the .NET framework, it uses programs such as Visual Studio.

B2B – Business To Business. Marketing term used to describe sales or transactions or service exchanges that are focussed on businesses only.

B2C – Business To Consumer. Marketing term used to describe sales or transactions or service exchanges that are focussed on consumers only.

B2G – Business To Government. Marketing term used to describe sales or transactions or service exchanges that are focussed on governments only.

CRM – Customer Relationship Management. A system or service to manage current and future customers of a business. For example; Salesforce.com.

DNS – Domain Name System. This system allows the association of a website name to an IP (Internet Protocol) address, so we don’t have to remember an IP address all the time.

EFM – Ethernet In The First Mile. A computer networking protocol between a telecommunications provider and a customer’s location.

EoC – Ethernet Over Copper. A form of Ethernet connection that uses twisted copper telephone wire for transmission of data packets.

FTTB – Fiber To The Business / Basement / Building. A type of fiber optic cable installation that connects to a single point on a shared property or building. The fiber can then be shared via other cables to individual offices or homes. We offer this service and call it fiberIVY.

FTTC – Fiber To The Curb / Closet / Cabinet. Seen as an interim solution prior to a full scale roll-out of Fiber To The Home. Can be used to deliver multiple services such as voice and cable TV.

FTTD – Fiber To The Desktop. A fiber optic connection which originates in a main computer room and terminates at or near a user’s desktop, via a terminal or converter.

FTTH – Fiber To The Home. A fiber optic connection which reaches a home user, (meaning a box on the outside wall). Can be used to deliver TV, data and voice services.

FTTN – Fiber To The Node / Neighborhood. A fiber connection which finishes on a street cabinet, with the final connection to a user being over copper. Sometimes used as an interim solution prior to FTTH roll-out.

FTTP – Fiber To The Premises. Used as a term to describe both FTTH and FTTB. Basically, fiber connections to home and / or fiber optic connections for businesses. We offer this service to businesses and call it metricFIBER.

Gig – Gigabit. In data communications, a Gigabit is equal to one billion bits.

HTTP – Hypertext Transfer Protocol. An application protocol for information systems and the data communication foundation for the web.

IoT – Internet Of Things. A network of devices or physical objects connected via the Internet.

IP – Internet Protocol. Often used with IP address. An IP address is a number assigned to any device which connects to the Internet. Check your IP address and find out more about IP addresses by clicking on the link.

LAN – Local Area Network. A computer network that connects computers within a certain area, such as an office, school, lab or home.

MAN – Metropolitan Area Network. Larger than a LAN, a MAN is a computer network that may cover part of a city, a city or even designated areas around a city.

Meg – Megabyte. A unit of information (often data) which is roughly equal to 1 million bytes.

NAP – Network Access Point. A network facility where ISPs could connect with one another to ‘peer’ For example, this organization; https://sfmix.org/

PPPoE – Point To Point Protocol Over Ethernet. A specification which allows the connection of multiple computer users over a local area network.

SIP – Session Initiation Protocol. A communication protocol which allows video and voice communications to be controlled over the Internet. For example, SIP Trunks allows end users to send / receive video, voice and other multi-media.

LTE – Long Term Evolution. A 4G mobile / wireless communications standard, that is faster than 3G, but not as fast as the 5G mobile standard. LTE provides faster connection speeds than 3G and 4G over devices such as smartphones and tablets.

VoIP – Voice Over Internet Protocol. A method and technology used to deliver voice communications using an Internet connection. For example, Skype, or Viber.

VoFM – Voice Over Fasmetrics. Our privately hosted voice network, which uses VoIP protocol, but does not travel over the public Internet. This allows enhanced voice quality.

VPN – Virtual Private Network. A secure private network, which uses a public network such as the Internet to connect users.

WAN – Wide Area Network. A network that covers a large area. For example, a telecommunications network that may cover a metro, national or even international area.

5G – (5th generation). A collection of 5th generation cellular data technologies, which succeeded 4G. The current mobile standard available, as of 2019 and beyond in many nations.